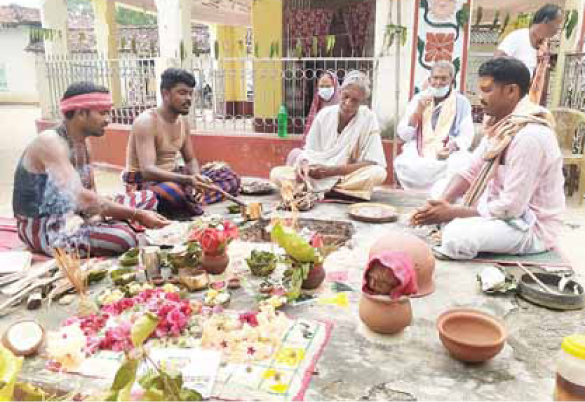 Biswal along with his brother, wife and villagers performed the special puja at his native place in Thakurpada village in Jharsuguda district.

“People have a belief that rain may occur if we perform puja of Lord Indra,” said Biswal.

The Congress leader also urged the Odisha government to declare the entire state drought-hit and provide necessary assistance to the farmers.

“Whenever the state recorded deficit rainfall in August, drought-like situations are created,” he said.

Meanwhile, a debate was held in the state Assembly on the drought-like situation. State Revenue and Disaster Management Minister Sudam Marndi said that paddy crop in 102 out of the 314 blocks in the state has been affected due to deficit rainfall.

The state government is implementing the crop contingency plan and steps have been taken to encourage farmers for alternative crops. The state has also targeted to distribute Rs 9,000 crore crop loan this year, of which Rs 7,974.04 crore has been disbursed to 17.35 lakh farmers through 17 central cooperative banks, the minister stated.