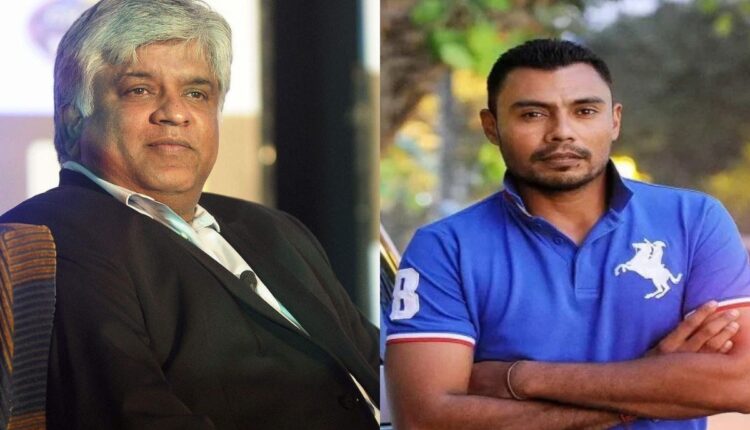 Lahore: Former Pakistan spinner Danish Kaneria has termed Sri Lankan great Arjuna Ranatunga’s statement that India had insulted the island nation by sending its ‘second-string’ team for a white-ball series, as a gimmick to hog the “limelight”.

The 1996 World Cup-winning captain had said earlier this month that, “The Indian squad that came to Sri Lanka is not their best; it is a second-level team. Didn’t our sports minister or cricket administrators know this?

“Sri Lanka (cricket) may have gone down, but as a cricketing nation we have an identity, we have dignity, we should not be sending our best to play an Indian B team,” Ranatunga had told the Sri Lankan media.

The Shikhar Dhawan-led 20-member Indian squad is in the island nation to play three ODIs and an equal number of T20Is, beginning July 13.

“Ranatunga says India should not have sent its ‘B’ team. I don’t know what he is talking. The 1996 World Cup-winning captain is a big name in the world cricket. I suppose he gave this statement to be in the limelight. India has about 50-60 cricketers who can make two international teams,” said Kaneria on his YouTube channel on Monday.

“India has sent the likes of Bhuvneshwar Kumar, Shikhar Dhawan, Yuzvendra Chahal, Hardik Pandya, Krunal Pandya and several othersï¿½they represent India consistently. Very sorry to hear Ranatunga give such a statement. I suppose he has been told by Sri Lanka Cricket (SLC) not to issue such statements,” said Kaneria who, played 61 Tests and took 261 wickets.

“Sri Lanka cricket is on the decline. The way their series in England has gone goes to show how their cricket is going downwards. They have forgotten to play cricket. SLC should be grateful that India is sending a team to help them tide over their financial crisis. I’m sure India will beat them hands down in the series.”

Odisha: Man held for fining vehicle drivers on NH by posing as Tehsildar