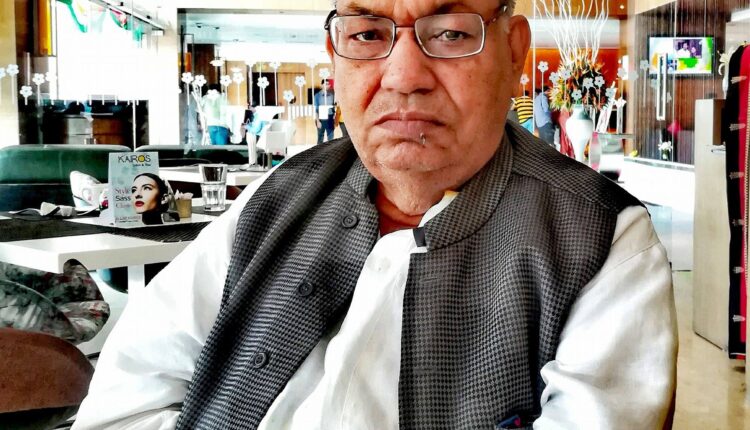 Bhubaneswar: Former Speaker of Odisha Legislative Assembly – Chintamani Dyansamantara – has proved that COVID-19 can be fought and won even in old age with strong willpower and courage.

The 80-year-old politician has survived COVID-19 and was recently discharged from a COVID hospital in Bhubaneswar.

Chintamani Dyansamantara has returned to his village Bomokei in Ganjam district after defeating the deadly virus, informed his son Manoranjan Dyansamantara.

Dyansamantara had undergone swab test on July 31 and the report came out positive for COVID-19. He was shifted to a COVID hospital in Bhubaneswar after undergoing primary treatment on August 4 in Berhampur.

However, the leader beat the virus and recovered from it following treatment.

Dyansamantara was first elected to the State Legislative Assembly from Chikiti seat as the Independent candidate in 1980 elections. He was elected as the MLA for second time on Congress ticket in the assembly elections held in 1985. He won the seat again in 1995 elections. He had lost the battle to Usha Devi in 1990 Assembly polls. His son Manoranjan Dyansamantara had fought the elections from Chikiti Assembly Constituency on Congress and BJP tickets in 2014 and 2019 respectively but failed to retain his father’s legacy.