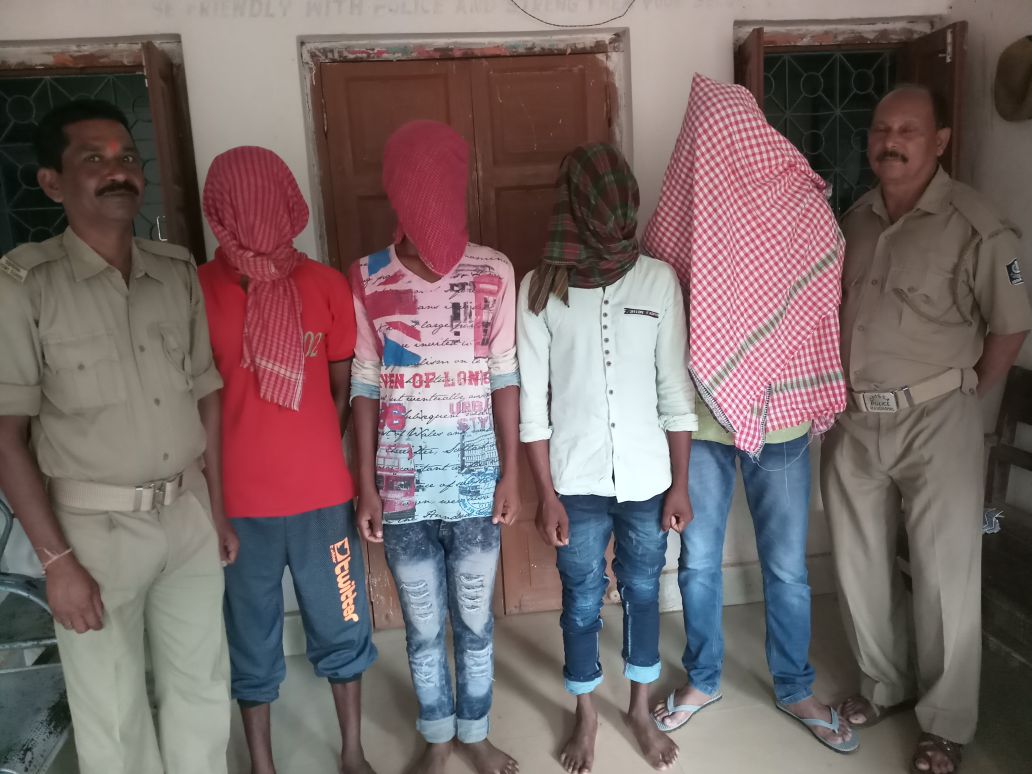 Phulbani: The Khajuripada police have arrested four persons, including a juvenile, in connection with alleged gang-rape of a minor tribal girl at a forest in the area in Odisha’s Kandhamal district.

“The girl was in a relationship with Srikant Behera. They had eloped on May 9 and were staying together in Phulbani. After Srikant came to know that her family members are going to lodge an FIR against him, he told the girl to return to her house,” said Anita Kidu, Inspector-in-Charge (IIC) of Khajuripada Police Station.

“While the girl was waiting for auto-rickshaw at Maligunda Chhak, she met two of her relatives Sahil Sahani and Kishan Sahani. Sahil told Kishan to drop her at her house. However, Kishan took her near Gudari and misbehaved with her,” the police official said.

“In the meantime, Badal, Jitu and a minor boy reached the spot and thrashed Kishan following which he fled the spot. The trio took the girl to a secluded placed and gang-raped her,” the IIC said.