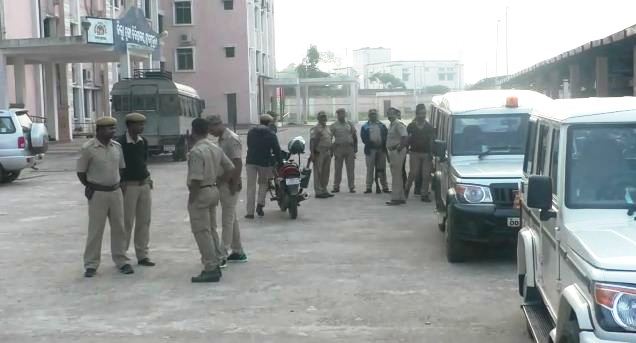 Jharsuguda: As many as four criminals, who are accused in a murder case, were injured in an encounter with police near Madhupur forest in Odisha’s Jharsuguda district, last night.

The injured ones, identified as Ananta Dhal, Rafique Ansari, Shailendra Patra and Niki Singh, have been admitted to the Jharsuguda District Headquarters Hospital for treatment.

According to reports, one Mantu Ghosh was allegedly shot dead by the four at Brajrajnagar market in the district yesterday. Police last night raided various place in a bid to apprehend the accused. Acting on a tip-off about their presence near Madhupur forest road, cops tried to nab them during which they opened fire at police.

In retaliation by the cops, the four sustained bullet injuries and were later hospitalised. On the other hand, Gandhi Chhak police outspot in-charge Chudamani Mahananda was injured in the exchange of fire.