Four of a family killed in road mishap in Odisha 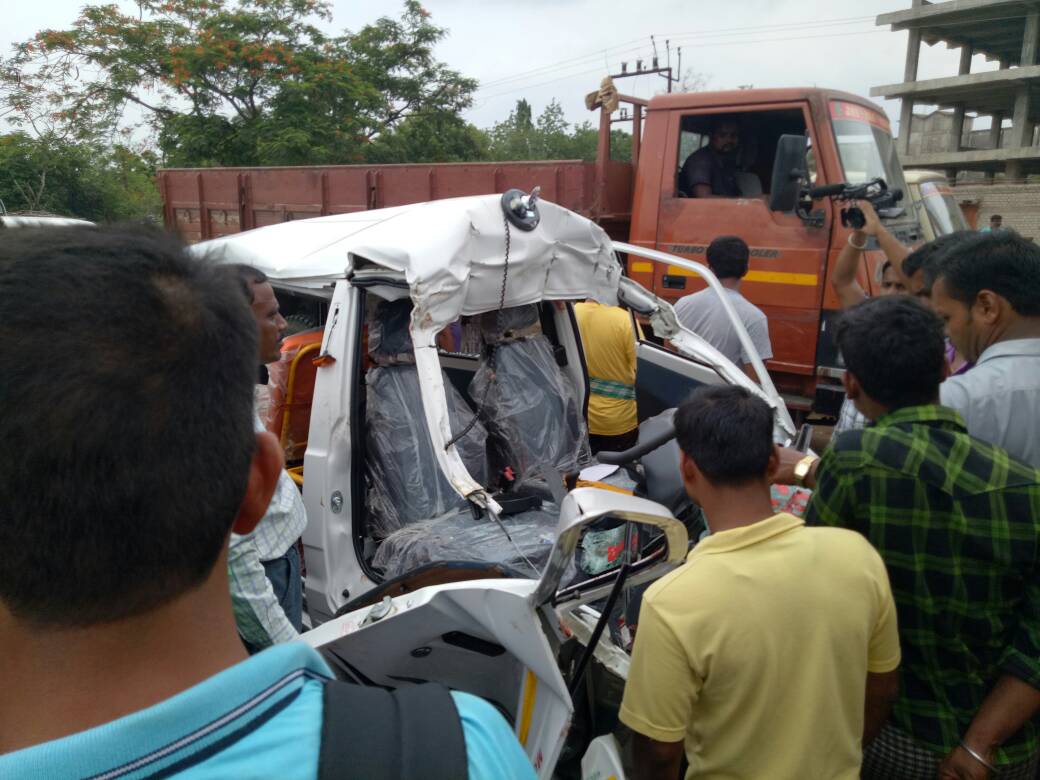 Dhenkanal: Four persons – all belonging to a family – were killed in a road accident on National Highway near Nadhara in Odisha’s Dhenkanal district while on their way to VIMSAR, Burla carrying a patient.

As per reports, a truck hit the ill-fated SUV from behind on NH-55 near Nadhara under Motanga police limits, killing four persons and injuring two.

Two critically injured have been admitted to Community Health Centre at Hindol and their condition is stated to be out of danger.

The deceased – a woman and three men – belong to Landijhari village in Deogarh district. Three of them have been identified as Pabitra Mohan Pradhan, Prema Manjari Pradhan and Paresh Pradhan.

Worth mentioning, the occupants in the SUV were shifting a cancer patient undergoing treatment at SCB Medical College and Hospital, Cuttack to VIMSAR, Burla.

However, the vehicle met with an accident killing all the four members.

“We rushed to the spot after getting information. We pulled out five persons trapped in the vehicle and found that two persons had already died. The other three critically injured were rushed to a nearby hospital where two were declared dead on arrival. The remaining one injured is undergoing treatment,” Gopal Krushna Sahu, Fire official said.

The whereabouts of the driver of the vehicle was not known.

Not a single blot of corruption against my government: Modi