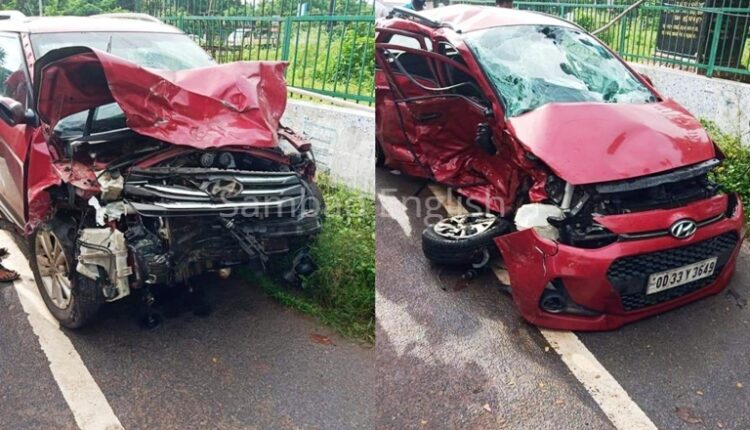 Bhubaneswar:  Tragedy struck a family in the state capital after four of its members were killed in a severe road accident near Nalco Square under Chandrasekharpur police limits here late last night.

Besides, two others have suffered serious injuries in the mishap.

Sources said the incident took place at around 1.30 AM. While one car was en-route towards Jaydev Vihar from Damana, the other one was coming from Acharya Vihar via Sainik School. The two vehicles collided head-on with each other near Nalco Square leading to death of a woman and three others of a family residing in Niladri Vihar area here. The deceased have been identified as Subhadra Das, Barada Prasad Parida, Debabrata Das and Priyabrata Das.

Meanwhile, Chandrasekharpur police have begun an inquiry into the incident.