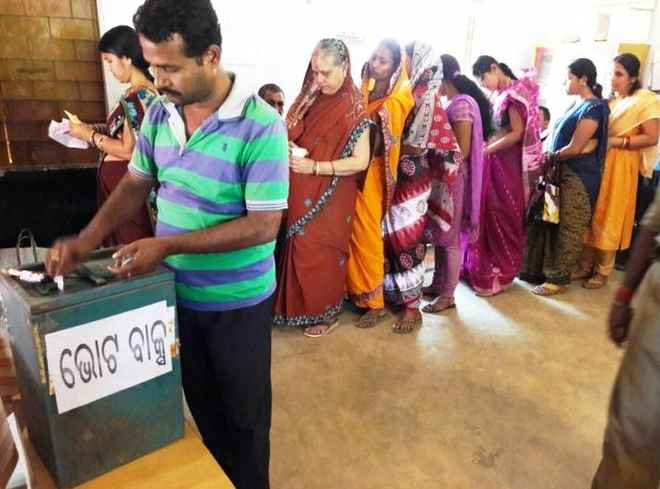 Voting for the fourth phase of the three-tier panchayat polls in Odisha began today from 7 am at polling booths across the state and continued till noon.

Police forces were deployed at sensitive booths to avoid any untoward incident. Besides, security was tightened in Maoist-hit districts.

“The district collectors and SPs have been instructed to hold panchayat polls peacefully. To ensure no threat to the polling parties, they have been given specific instruction to provide armed police force to accompany each polling party for their arrival at their respective booths,” said State Election Commission (SEC) Secretary Rabindranath Sahu.

The panchayat polls are being held in five phases across the state. The fifth and final phase will be held on February 21.

16 families exiled for not casting votes in Odisha panchayat…