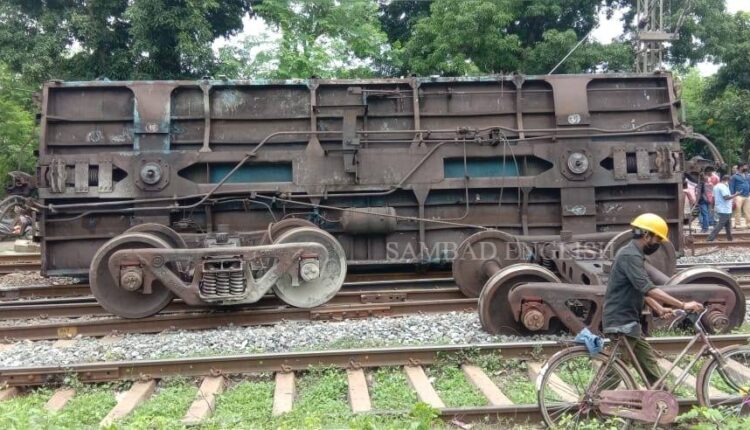 Rourkela: Two wagons of a goods train en-route to Rajgangpur from Rourkela in Sundargarh district derailed near Rajgangpur level crossing today.  All train services on the route has been suspended following the mishap.

As per reports, two middle wagons got detached from the train  at around 11.30 AM. While one of the detached wagons overturned on the railway tracks, another got derailed.  A major mishap was averted as the train was moving in a low speed.

On receiving information, high-level officials reached the spot for an inquiry.  Sources said the train had faced similar incident around seven days ago.

Odisha Matric result to be out in July last week