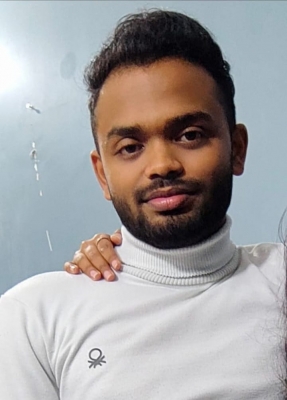 Greater Noida: The body of a 22-year-old student of Galgotias University in Greater Noida, who went missing three days ago, was found in a drain about 800 metres from the varsity campus.

The family members of the deceased suspect his friends’ role behind his death.

The deceased has been identified as Yashasvi Raj (22), who had gone out with his friends for partying on October 12. He was missing since then.

According to the police, Raj was a second year student of B.Sc agriculture at the Galgotias University. On October 13, a missing person’s case was lodged at the Dankaur police station.

On Saturday, Raj’s body was found in a drain near the university.

The family members of the deceased have been informed about Raj’s death after a police team was rushed to the spot.

Additional Deputy Commissioner of Police, Greater Noida, Vishal Pandey, said, “There was no injury mark on the body. His watch, wallet etc. were found next to the body. During questioning, it has been found that Raj had gone to party with his friends. The body has been sent for post-mortem. The matter is being probed thoroughly and necessary action will be taken.”

Rainfall likely to decrease in Odisha from today; Low Pressure to form over Bay around Oct 20