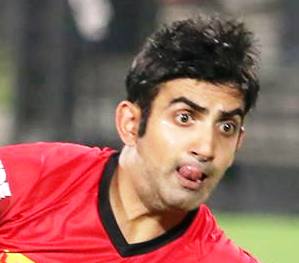 Gambhir’s strong reaction came after the Hurriyat leader on his Twitter handle expressed his joy at Pakistan beating India by 180 runs in the Champion’s Trophy final at The Oval in London on Sunday.

To this, the famed left-handed Indian opening batsman not only slammed Farooq, but also indirectly took a dig at China’s increasing ‘colonisation’ of Pakistan.

“A suggestion @MirwaizKashmir why don’t u cross the border? U will get better fireworks (Chinese?), Eid celebs there. I can help u wid packing,” Gambhir wrote in his tweet.

This is not the first time that Mirwaiz has praised the Pakistani cricket team.

Rejoicing in Pakistan’s semi-final win against hosts England, the Kashmiri separatist had tweeted: “As we were finishing taraweeh, could hear the fire crackers bursting, well played team #Pakistan. Best of luck for the finals!”