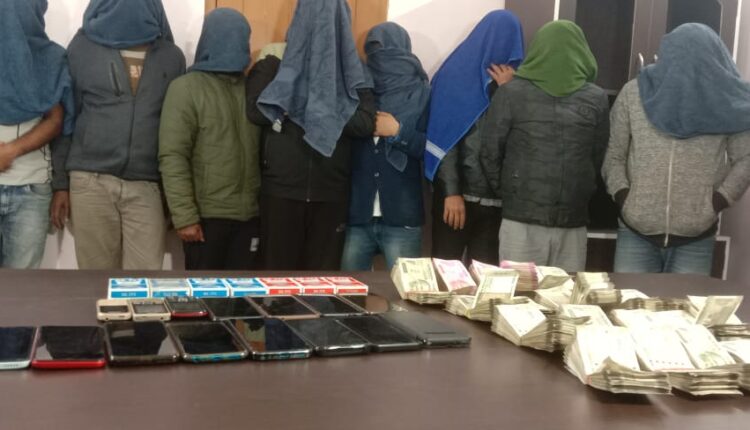 Rourkela: Busting a high-profile gambling racket operating from a hotel, the Plant Site police here arrested 12 persons and seized cash amounting to over Rs 12 lakh, seven vehicles and 15 mobile phones from their possession.

Acting on a tip-off, the Plant Site police conducted a raid on hotel MN International at around 9 PM and nabbed 12 gamblers. They also seized two cars, five motorcycles, 15 mobile phones from their possession.

Locals said the gambling racket was running from the hotel for last few days. The gamblers reach the den in evening and play cards till late night. They alleged that the ill-practice is being allowed in many clubs and hotels in the city.