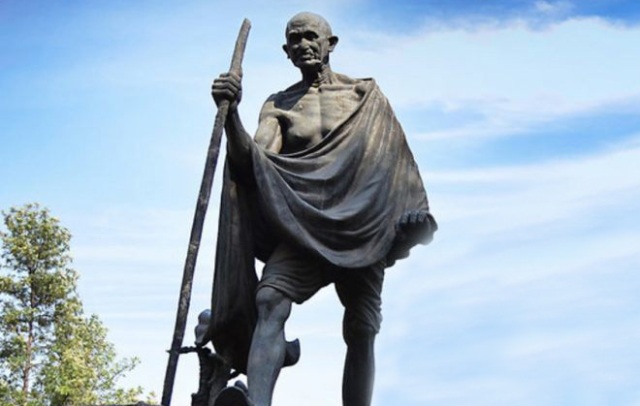 Bhubaneswar: The State government will install the statue of Father of Nation Mahatma Gandhi in every district of Odisha to commemorate his 150th birth anniversary.

It was decided at a review meeting of a two-year long programme by the Odisha government to celebrate Gandhiji’s 150th birth anniversary.

As part of the move made last year, the Kasturba Adarsh Panchayat in every block will be identified, Gandhi ideology centre will be set up, the documents related to Mahatma Gandhi and freedom struggle in Odisha, his letters, poems, findings and audio-visual records of his speeches will be preserved.

Besides, a Gandhi memorial pole will be built in Bhubaneswar.

He directed the officials to carry out the decisions taken by the government, take initiatives to make district level committees more active and include public in all the programmes.

Notably, the Odisha government has allocated Rs 7,600,000 for various two-year-long programmes on the occasion of 150th birth anniversary of Gandhi. During the period, several seminars on Gandhi ideology will be held in educational institutions.

The State government has decided to turn every event into a mega affair. The celebration started on Oct 2 with a grand meeting in Bhubaneswar last year and will culminate on Oct 2, 2020.