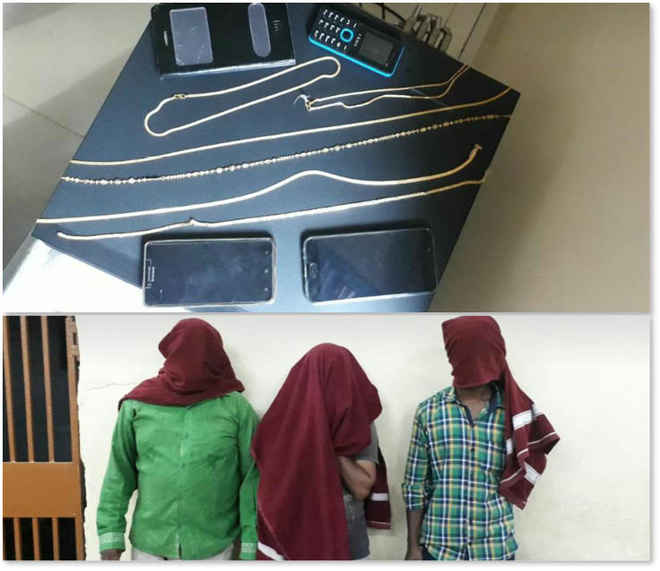 The arrested have been identified as Sailesh Saha, Santosh Rathore and Sagar Balmiki.

They were allegedly involved in several chain snatching incidents in the Steel City.