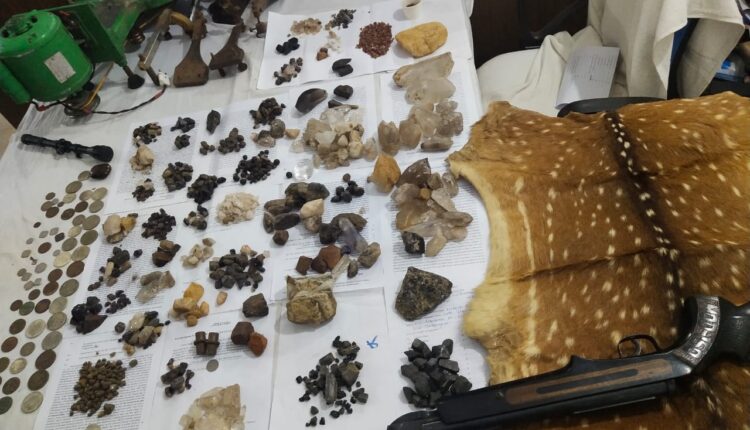 Chitrakonda: The police busted a racket allegedly involved in illegal trade of ‘Hanuman coins’ and deer skin when three persons were arrested in Chitrakonda Sadar area of Malkangiri district today.

Acting on a tip-off, a team of Chitrakonda police station raided a house at daily market in Chitrakonda Sadar. During the search a gun, 50 antique copper coins, valuable stones, Rs 12, 310, a two-wheeler, three mobile phones and ATM cards were recovered from the house.

The police then arrested Mohan Trivedi from Odisha, Itham Shetty Venkata Ramana, Krupabharam Tripalli from Elmanchili village of Andhra Pradesh on charges of defrauding people by selling ‘Hanuman Coins’ and possessing gun and deer skin. The accused were forwarded to the court today.

The case no-25 was registered at the Chitrakonda police station under Sections 417, 420 and 34 of IPC, Section 25 under Arms Act and Section 51 under the Wildlife Protection Act.

Centre orders removal of encroachments from 3,693 monuments protected by ASI