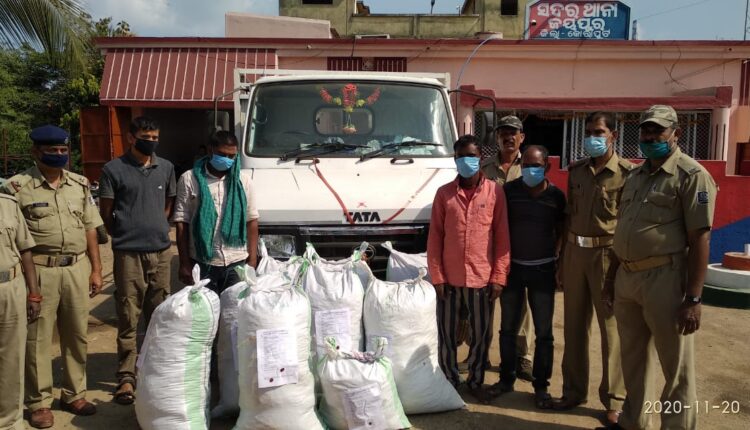 The cops seized around 257 kg of the contraband item, whose market value is Rs 25 lakh, said police sources.

Acting on a tip off, police intercepted a mini truck with no registration number near Patraput bridge and seized the ganja besides apprehending four people from the vehicle. The truck was going towards Jeypore from Lamptaput.

The accused are Swadhin Naik (37) and Ananta Bhoi (27) of Boudh district, Baliar Bhuja Sahu (32) of Nuagaon village in Angul district and Subrata Kumar Pradhan (32) of Deogarh district. The police also seized the truck, Rs 38,000 cash and five mobile phones from their possession.

“The accused will be produced before court today. Koraput police will take strong action against the smugglers,” said the police.