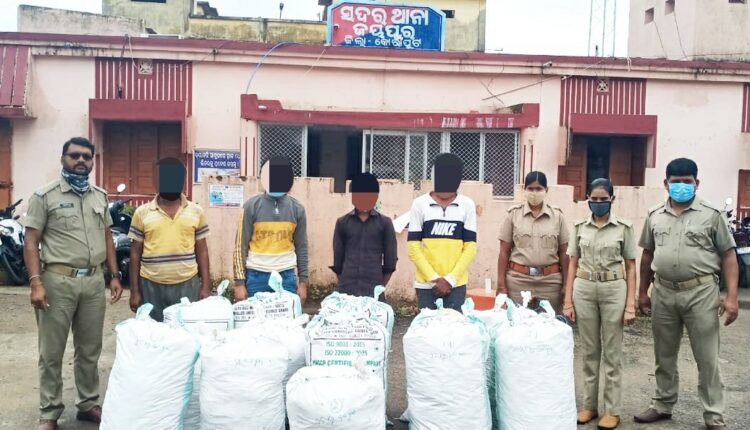 Koraput: Police last evening seized 407.25 kg of ganja worth around Rs 35 lakh from a truck on NH-216 near Umuri village under Jeypore police limits in Odisha’s Koraput district and arrested four persons, including three of Madhya Pradesh, in this connection.

According to police sources, the cops, acting on a tip-off, intercepted the vehicle around 7 pm. As per the procedure, the vehicle was searched in the presence of the Executive Magistrate and other witnesses.

On thorough search of the truck, 80 packets of ganja weighing 407.25 kg were recovered from the vehicle. As many as four mobile phones, Rs 1800 cash, the truck, and a motorcycle were seized from the possession of the accused.

Japan PM steps down due to health concerns

Old video of Sushant enjoying his day out in Paris surfaces