The district that reported its first case on May 3 has registered quantum jump in cases-19 today and 24 on Thursday. 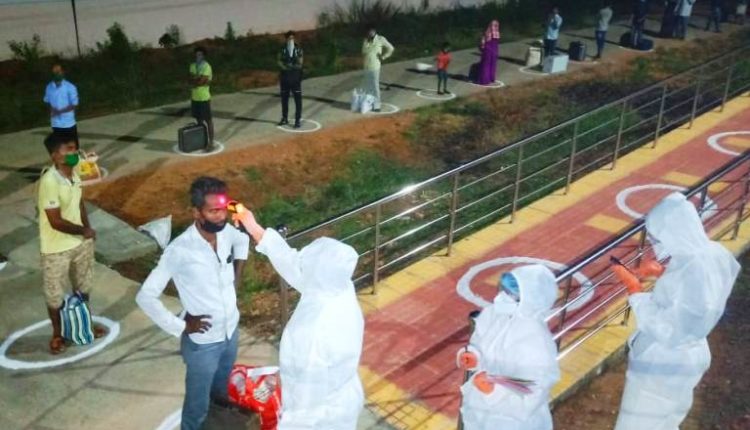 Berhampur: With 47 COVID-19 positive cases in just six days, southern Odisha district Ganjam is all set to become the next hotspot for the deadly virus. The district that reported its first case on May 3 has registered quantum jump in cases- 19 today and 24 on Thursday.

The first COVID-19 case was reported from Bhubaneswar and the the number rose after that. Later, significant number of cases was reported from Jajpur making it a hotspot.  Apart Jajpur, Balasore and Bhadrak reported positive cases in double digits -27 and 23, respectively.

For administrations of Jajpur, Bhadrak and Balasore districts, West Bengal returnees were the major causes of concern. However,influx of migrants from Surat has further heightened the worries of state Government. As per official figure, nearly 40,000 migrants have returned to the state post outbreak of the pandemic. while theses are the official figures, several people have not registered on the Government’s COVID-19 portal (https://covid19.odisha.gov.in/) before returning to the state.

While the porous West Bengal and Odisha border has been sealed to limit crossing over of persons to Odisha, the Surat returnees   have emerged as a pain in the neck for the district administration. Lately, Jagatsinghpur, Jajpur and Bhadrak have reported positive cases of people coming from Gujarat. Of them, highest number of confirmed cases have been reported from Ganjam.

It may be mentioned here that Ganjam has now become the second district in the state to have highest 47 actives cases after Jajpur (55). Of the total cases in the district, 46 are Surat returnees and one is Kerala returnee.

Worth mentioning, nearly three lakh Odia workers from  Ganjam distriict are engaged in diamond cutting, textiles and other works in Surat. While nearly 40,000 persons, who were stranded outside due to lockdown have returned to the state so far, more than 25,000 of them returned to Ganjam only.