Go First flight takes off from Bengaluru without many passengers, DGCA promises action 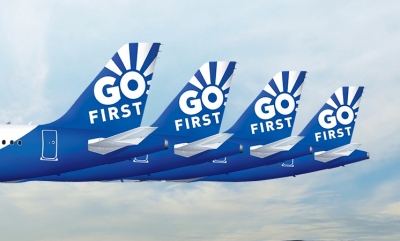 New Delhi: A Go First plane on Monday took off from Bengaluru allegedly without taking nearly 50 passengers on board, and aviation regulator DGCA has sought a report on the matter and said that appropriate action will be taken.

Many air passengers alleged that Flight G8 116 from Bengaluru to Delhi took off around 6.30 a.m. leaving nearly 50 passengers while they were still inside the bus at the tarmac.

Aviation regulator DGCA said: “We have sought a report from the airline and appropriate action shall be taken afterwards.”

Many of the passengers left in the lurch took to social media platforms to complain about the matter. Air passenger Shreya Sinha termed it the “most horrifying experience”. She said the passengers boarded the bus for the aircraft at 5.35 a.m. but remained in it for an hour.

“Most horrifying experience with @GoFirstairways, 5:35 am Boarded the bus for aircraft 6:30 am Still in the bus stuffed with over 50 passengers, the driver stopped the bus after being forced. Flight G8 116 takes off, leaving 50+ passengers. Heights of negligence!” she tweeted.

Go First Airways, responding to one of the tweets, said: “We are sorry for the inconvenience. We have shared your concern along with your details to our team and they’ll assist you at the earliest.”

Officials said that the passengers were given an alternative to take the Air India flight at 10 a.m.

Delhi accident: Accused got down from car to check what was stuck, continued driving