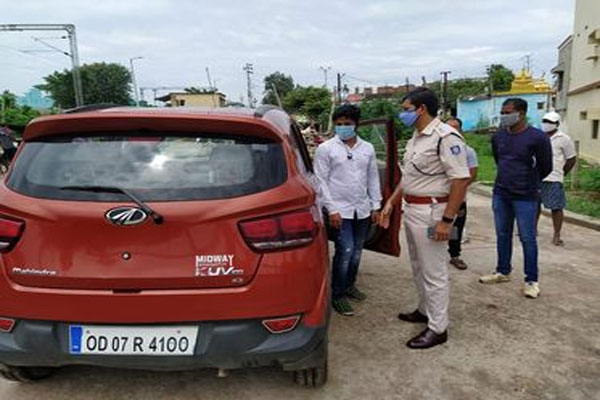 As per information,  Sharat Chandra Sahu, who owns a gold jewellery showroom, was returning to  his house with wife Lakshmipriya Sahu  on a scooter at around 8 PM yesterday,  when two bike-borne miscreants waylaid them. First, they threw chilli powder on the couple and later attacked them with sharp weapons before decamping with the gold and silver jewellery worth lakhs of rupees. They also snatched away Lakshmipriya’s gold chain weighing over 20 gram.

After the couple filed a written complaint, the town police swung into action and nabbed the two accused and were interrogating them till the the last report was filed.

Meanwhile, to speed up the investigation, Ganjam SP Brijesh Rai reached the sight of crime today with a technical team. He was accompanied by Chhatrapur SDPO Goutam Kissan and IIC Priyas Ranjan Chhotray. The team checked footage from at least six CCTVs installed on the way to Sahu’s residence.