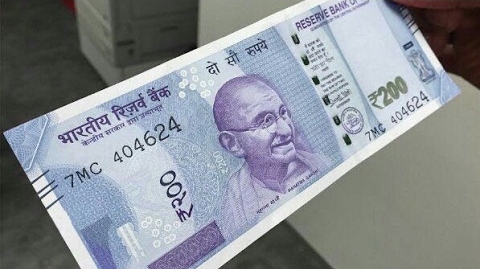 New Delhi: The Finance Ministry on Wednesday formally announced the launch of the new Rs 200 note.

“The central government hereby specifies the denomination of bank notes of the value of 200 rupees,” a Gazette notification said.

The notification has been issued under Section 24 of the Reserve Bank of India Act, 1934, and on the recommendations of the Central Board of Directors of the RBI.

Earlier, Minister of State for Finance Santosh Kumar Gangwar told IANS that Rs 200 note, printing of which had begun, would be in circulation soon.

The move to introduce the new currency was to increase the circulation of smaller denomination notes.

An official source had told IANS that the paper for Rs 200 notes was ready in the Mysuru paper mill in June. It was being printed in the RBI printing press.

Post-demonetisation, there have been reports of people facing problems in using the Rs 2,000 note as sufficient quantum of smaller denomination notes of Rs 100 and Rs 500 were not available.

Prabhu offers to quit after train derails, PM asks him to wait