Groom flees wedding venue after not getting dowry in UP 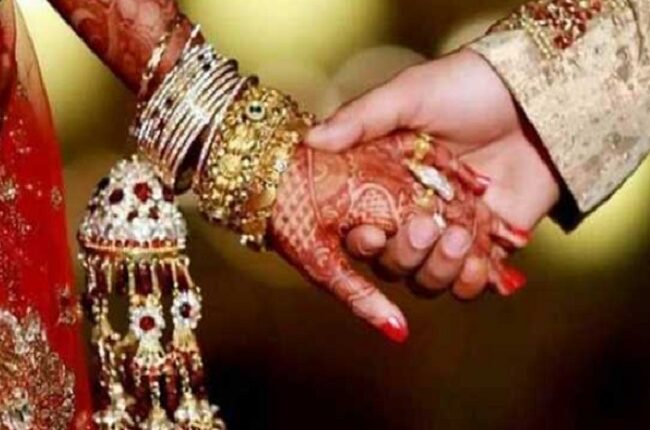 Kanpur: In a bizarre incident, a groom in Uttar Pradesh’s Kanpur district ran away from the marriage venue as he did not get the required dowry, police said.

The incident took place at a mass marriage event in Sharifapur village of the district in the presence of Uttar Pradesh Minister Dharam Pal Singh.

The groom was among the 144 couples getting married at Chief Minister’s mass marriage programme on Saturday.

According to the police officials, the groom left the ‘mandap’ for a minute on the pretext of getting a glass of water and disappeared from the wedding venue.

When he did not return, a massive search was conducted but he could not be traced.

The girl’s mother later told the officials that the groom had demanded a motorcycle in dowry.

“When she (bride) expressed her inability citing financial constraint, he (groom) planned the exit and fled away,” an official said.