INDIAINDIA & BEYOND
By Sambad English Bureau On Sep 12, 2017 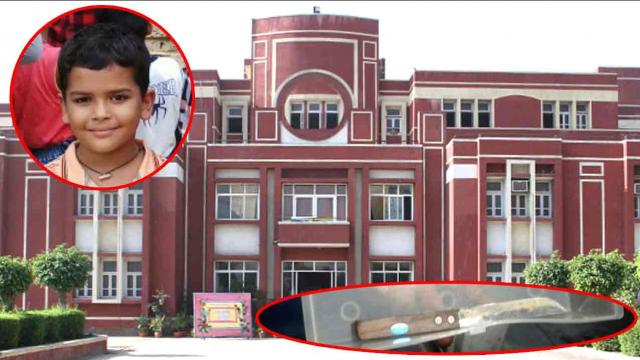 Gurugram: The post-mortem report of seven-year-old Pradhuman found murdered at a Gurugram school has ruled out sexual assault even as the parent of another schoolchild claimed the crime scene was tampered with even though he had cautioned otherwise.

“There were no physical injury marks on the body. Body samples were sent for forensic analysis, which established that he was not sexually assaulted,” senior forensic expert Deepak Mathur, who conducted the autopsy, told IANS.

Pradhuman was found dead with his throat slit in the washroom of Ryan International school in Bhondsi area on Sohna Road near here on September 8. His father has since moved the Supreme Court for a Central Bureau of Investigation probe into the case.

Subhash Garg, father of another school student, said he was present on the campus when the body was found.

Garg said he rushed along with others to the crime spot after hearing the screams of the staff and students. He said accused bus conductor Ashok Kumar, 42, carried the child to a vehicle to be shifted to a private hospital.

“Two private security guards were deployed near the corridor. I asked the school staff not to clean the blood till police arrived there, but the school sweeper wiped clean the corridor nevertheless,” he claimed.

“The accused also washed his blood-stained clothes, ignoring my warning not to do so,” Garg added.

Bus driver Saurabh Raghav said the knife used in the killing was not kept in the bus tool box, as claimed by accused conductor Ashok Kumar, adding that police pressurised him also to admit to being an accomplice in the crime.

Varun Thakur, father of Pradhuman, said there were “too many loopholes” in the police theory and the school management’s stand on the murder.

“That is why we have moved the Supreme Court for a CBI inquiry,” Thakur said. (IANS)

Yet another engineering student saved from Blue Whale trap in Odisha