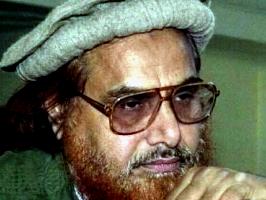 During a media briefing, Director General Inter-Services Public Relations (ISPR) Maj Gen Asif Ghafoor said: “This is a policy decision that the state took in national interest. Lots of institutions will have to do their jobs.”

The JuD chief, wanted in India for masterminding the 2008 Mumbai terror attacks, was on Monday night arrested in Lahore by Punjab Police. He is under UN sanctions and carries a bounty of $10 million on his head.

Speaking about the situation with India, Ghafoor said, “We don’t want war with anyone. War is not a solution to anything but we will not compromise on our dignity and respect”.

He added that “the Kashmir issue should be resolve under United Nations resolutions and dialogue, but this desire for peace should not be misconstrued as a weakness.”

Touching upon the ceasefire violations across the Line of Control that divides Jammu and Kashmir he said: “In the last four months alone, there have been 314 violations, due to which 46 Pakistan citizens and 40 Indian soldiers have been killed,” Ghafoor said.

He claimed that India was “doing all this according to a preempted plan. It is trying to divert the world’s attention away from atrocities in the Kashmir Valley.”

“India’s ‘surgical strike’ was one episode of this drama,” he added.

Why Salim Khan will never write for Salman?

Karnataka student Shobha suicide: FIR against 8 including ASI of police