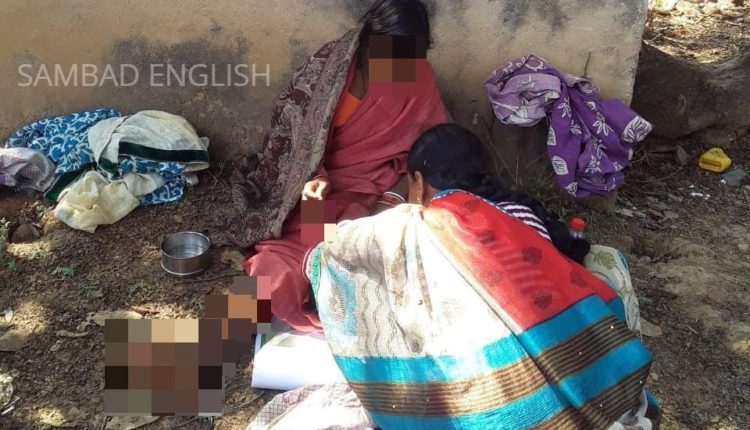 Keonjhar: In an incident contradicting the tall claims of the Odisha Government regarding healthcare services, a pregnant woman delivered a baby under a tree in Keonjhar district after allegedly not being admitted to a government hospital.

According to reports, Rajani Munda of Kadadiha village under Bansapal block of the district complained of labour pain yesterday, following which she was taken to the Bansapal Community Health Centre (CHC) by a woman of the locality.

However, Rajani was allegedly not admitted to the hospital by the staffers. While returning home after alighting from a bus, she gave birth to a baby girl under a tree at an open field. Later, villagers took the woman and her baby to the CHC in an ambulance.

The condition of the mother-baby duo was stated to be stable.