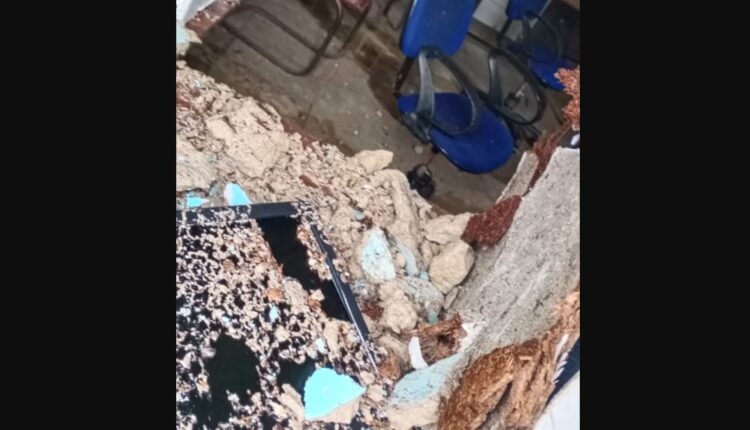 Cuttack: Staffers of the SCB Medical College and Hospital in Odisha’s Cuttack had a narrow escape as plaster chunk fell off the ceiling at the Surgery Department’s outdoor ticket ward, today following heavy rainfall.

Fortunately, no one was injured in the mishap. However, computers and furniture were damaged in the incident while ticketing was temporarily stopped.

Cuttack city received 150 mm of rainfall in 24 hours, which led to inundation and waterlogging in several low lying areas.

As many as 200 pump sets have been engaged by the Cuttack Municipal Corporation (CMC) to drain out excess water from such areas of the city. This apart, sluice gates have been opened at several strategic locations.

The civic body has decided to distribute dry food among residents of the affected localities.

To ensure the waterlogged and low-lying areas of the city are quickly dewatered, pump sets have been made functional. To further help quickly flush out the excess water, sluice gates have been opened at several strategic locations in #Cuttack city. pic.twitter.com/FfAizW2paY