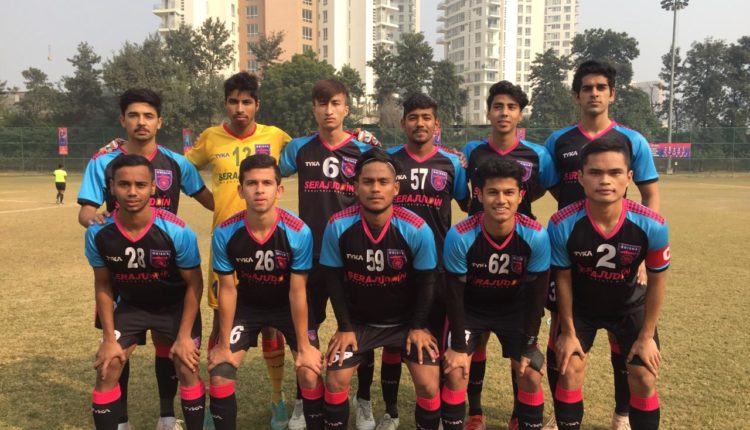 New Delhi: Odisha FC under-18 team has got the better of Conscient Football by a margin of 5-3 goals in the ongoing Hero AIFF Elite League. Rishabh Dobriyal scored a brace while Akshunna Tyagi, Piyush Bhandari and Ramsem Kaiwungnao scored one each for the Bhubaneswar-based side.

Odisha FC had a good start to the game as Akshunna Tyagi found the back of the net in the 18th minute of the match. Before the end of the first half, it was Dobriyal who doubled the lead in the 43rd minute and the Odisha FC colts went into the break with momentum on their side. Right after the change of halves, Dobriyal scored again to make it 3-0 in Odisha’s favour.

OFC then increased the lead in the 74th minute through Piyush Bhandari. Ramsem, who was brought in in the 85th minute, also joined the party to take OFC’s lead to 5-2 in the 87th minute. Towards the end of the game, it was Aryan Sahni Mohanty’s goal in the 89th minute for Conscient Football that reduced the margin of defeat to 5-3.

Odisha FC under 18 boys will take on Punjab Football Club in their next match on 9th January.