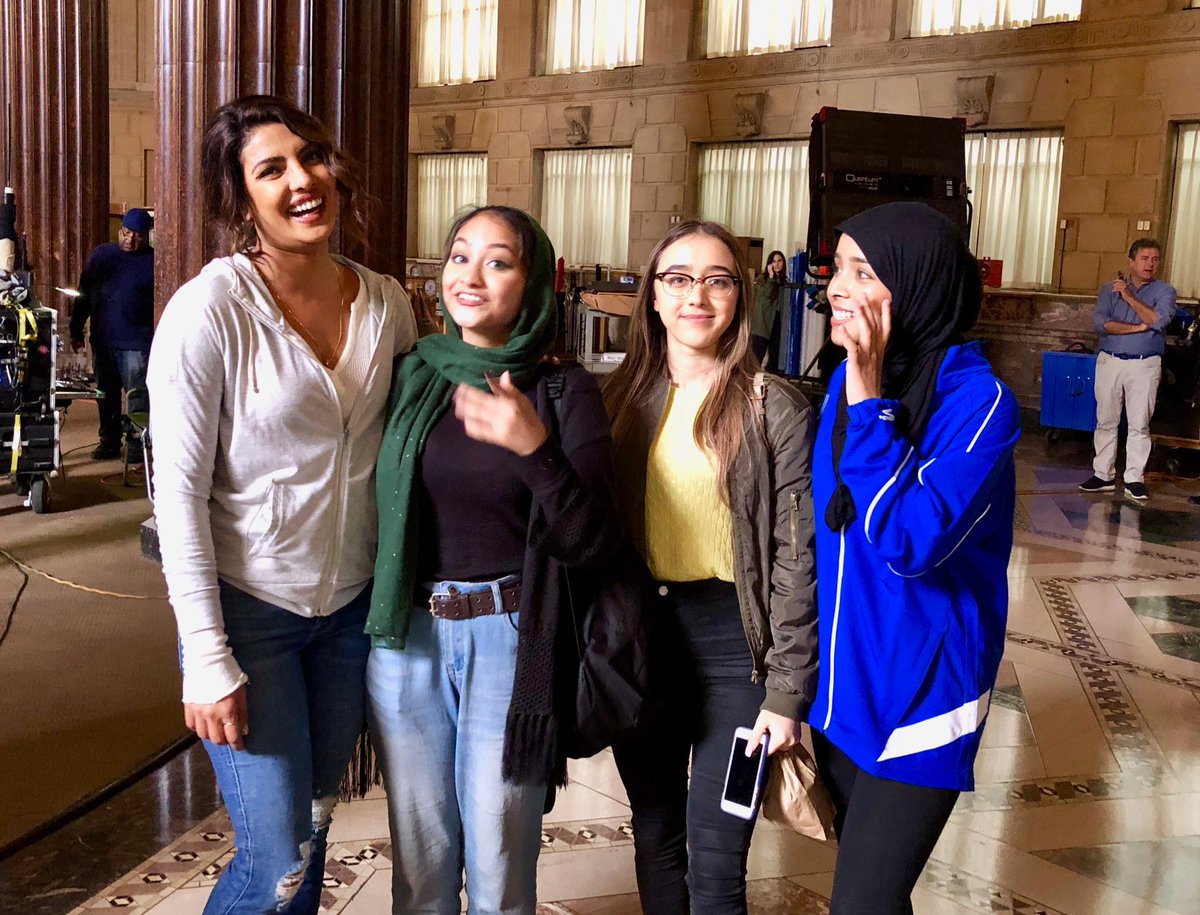 New York: Actress Priyanka Chopra, who is currently shooting for “Quantico”, greeted some fans on the set of the third season of the American crime drama series.

Michael Seitzman, Showrunner of “Quantico” on ABC, shared a photograph of Priyanka with her three fans from the set.

In the image, the actress is sporting a white hoodie paired with blue tattered jeans as she poses with three fans.

Describing the Indian actress as a “star”, Seitzman captioned the image: “I told Priyanka Chopra that three girls were outside set in tears that their hero was here. So she invited them in. That is a star. ‘Quantico’.”

Priyanka Chopra ‘couldn’t make it’ to…

Priyanka: Serving as Goodwill Ambassador privilege of my…

In the third season, Priyanka will be seen reprising her role of FBI agent Alex Parrish.

Her social media fan following is rising rapidly as she strengthens her Hollywood presence.

She has reached a following of 20 million on Twitter and she has said she would treat her fans to a question and answer session.

Besides “Quantico”, the former beauty queen has already completed her next film “Isn’t It Romantic”, featuring Adam Devine, Liam Hemsworth, and Rebel Wilson. It is slated to release on February 14, 2019.

She will also star as a single mom in “A Kid Like Jake” alongside Jim Parsons, Claire Danes, and Octavia Spencer.