High alert in Kandhamal ahead of Lakshmanananda’s death anniversary 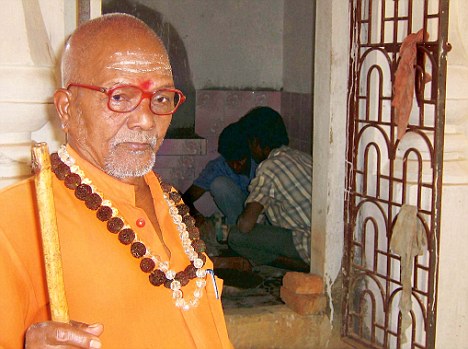 Kandhamal: In view of past communal riots after assassination of Hindu monk Swami Lakshmanananda Saraswati on Janmashtami festival in Kandhamal a decade ago, the authorities have issued high alert across the district ahead of his death anniversary celebration scheduled on September 2.

As the preparation is underway to celebrate the slain spiritual leader’s 10th death anniversary by his followers and disciples at Jalespata Ashram and Chakapad Ashram on Sunday, the police administration beefed up the security across Kandhamal to avoid any untoward incident on the auspicious occasion of Janmashtami of Lord Krishna.

The vehicles entering the district are being frisked and vigil has been kept on Maoists’ activities, said Kandhamal SP Prateek Singh.

Total nine platoons of police forces have been deployed at various locations in the district, out of which three platoons are deployed at district headquarters.

Each police station has been put on alert and senior police officials have been assigned to monitor the death anniversary programme, he said.

The security of Swami Lakshmanananda’s ashrams at Jalespata and Chakapad has also been tightened, he added.

Notably, Swami Lakshmanananda and four of his disciples were killed on August 23 (on Janmashtami night), 2008 in gunfire by the militants allegedly belonging to Christian community.

The riots erupted following his assassination with setting the houses of both the communities on fire, thousands were attacked and hundreds left their homes. Total 39 people were killed and 1445 houses were destroyed in the communal violence.

Nandita Das to speak about gender inequality at TIFF