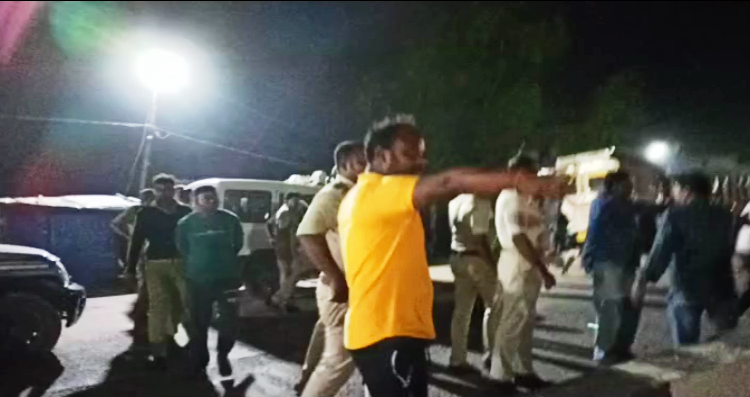 Kendrapara: At a time when general public is being strictly penalized for violation of traffic norms in the state, a police personnel was found driving a two-wheeler in inebriated condition in Kendrapara district. A high-pitched drama was witnessed near Tinimuhani College Chhak under Town police limits in the district late last night after a cop met with a minor road mishap under the influence of alcohol.

As per reports, a Constable posted at Sadar police station was riding a motorcycle in inebriated condition while another cop was riding pillion. Midway, Constable Subrat Tarai lost control over the vehicle and faced a minor road mishap near Tinimuhani College Chhak .

Seeing the cops fall on the ground, some locals rushed to their rescue and learnt that the Constable was drunk.They later detained him and went on reprimanding him for traffic violation.On receiving information, a PCR van reached the spot. Shockingly, another Constable of the PCR van was also found drunk.The irate locals did not release the cops and grilled them for around two hours.

Later, Town police station IIC reached the site, intervened into the matter and  released the drunk cops from the villagers’ clutch.