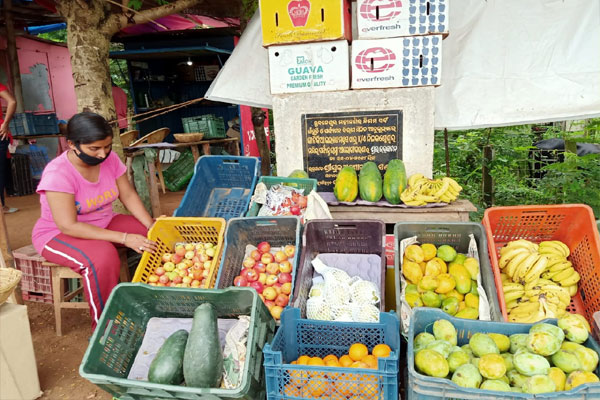 Bhubaneswar:  Struck hard by COVID-19 pandemic, a popular actress from the Odisha Jatra industry is now vending fruits on the streets of Bhubaneswar.

With closure of Jatra for the last four months,  Pratibha Maharana, better known to her audience as ‘Rinky’,  is running a fruit vending shop at TATA Ariana Square in Kalinga Nagar in the state capital to eke out a living for herself and family.  She had sought financial help from her former employer for setting up the shop.

Hailing from Haldipadia village in Rajsunakhala of Khordha district, Rinky is currently residing in Kalinga Nagar area here with her parents.  Apparently, she is the only breadwinner in her family after her father lost his finger in an accident and her mother got paralyzed. Her elder sister, who earlier ran the family, is now married thus passing on the responsibilities to her.

Rinky had started her career as an Odia album artist and worked with few popular actors like Sabyasachi. Later, she switched to acting in Jatras. She joined ‘Rangamahal’ troupe  and carved a place for herself in no time with the roles she played. 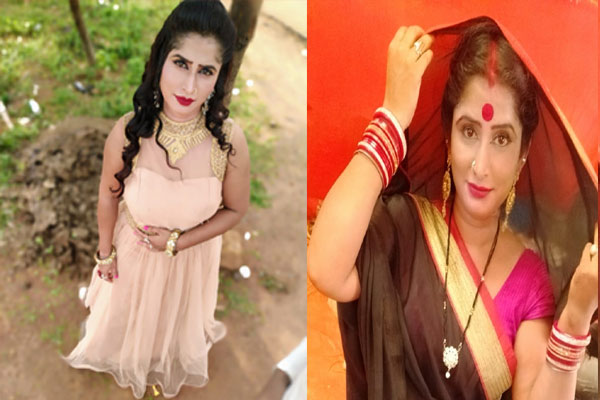 However, her fortunes were sabotaged after COVID-19 hit Odisha and the Government suspended all cultural events, along with others. With no other way left, she decided to open a fruit shop in the locality.

On learning about Rinky’s tough times, actor Sabyasachi stepped forward and helped her with two months’ groceries and some financial assistance for her mother’s treatment. Though the actor’s kind gesture helped Rinky for some time, she still had to take care of a lot of other things as the COVID-19 pandemic is here to stay for quite some time.

Rinky said during these desperate times, her family didn’t even have a ration card to meet the basic needs. When the actress approached a local leader regarding this, she was asked to wait til the pandemic is over. That left Rinky with fruit vending as her last resort to get through the pandemic situation.