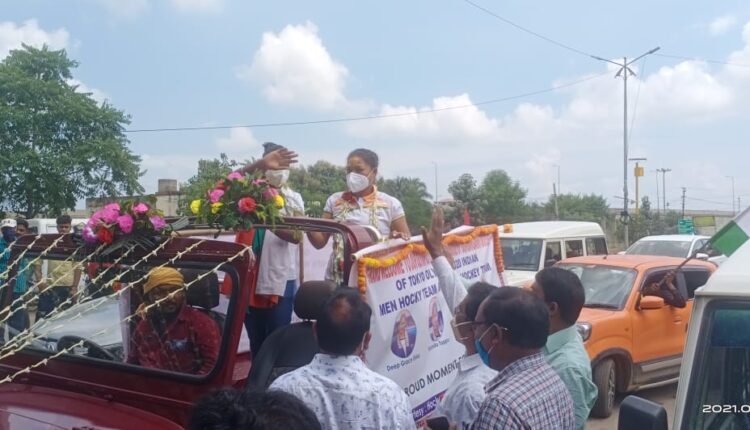 The district administration along with sports officials welcomed the four players, who were part of the Indian Hockey teams that scripted history at recently-concluded Tokyo Olympics 2020, after they landed at Veer Surendra Sai Airport in Jharsuguda at around 12 noon.

Later, the Olympians along with hockey legend Dilip Tirkey were escorted to Sundargarh town in a special carcade. After reaching Parijat Park, they went around the city rallying on motorcycles. They were also felicitated by various organisations and Sundargarh Public School throughout their way.

Thereafter, they were felicitated by the district administration at a special event organised at Bikash Bhawan, for bringing laurels to the district with their excellent performance at the Olympic Games.

Following the felicitation, the four players will leave for their native places with special arrangements made by the administration, said an official.