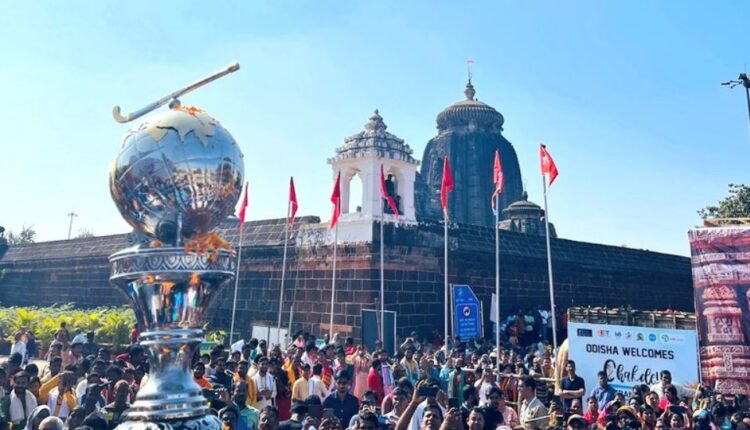 Bhubaneswar: The Hockey World Cup trophy today received a rousing welcome in Odisha capital after it completed a countrywide tour and returned to the city.

The trophy was greeted with traditional Odissi dance. From the airport, it headed towards the Lingaraj Temple here in a procession amid rousing welcome by the residents of Bhubaneswar.

People from different walks of life gathered on roadside to cheer for the trophy as it was later taken to the Nexus Esplanade mall here in a decorated vehicle.

The atmosphere at the mall for the reception of the trophy was electrifying as hockey enthusiasts gathered in large numbers to witness the event.

As per schedule, the trophy will also be taken to KIIT and SOA university today.

From December 26 to January 12, the trophy tour will be carried out in various districts of Odisha.

Below is the schedule of the trophy tour. 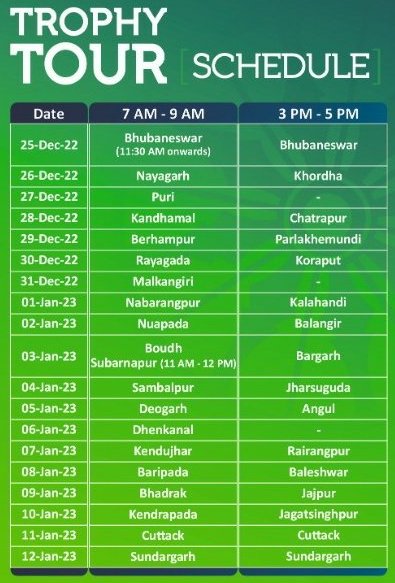