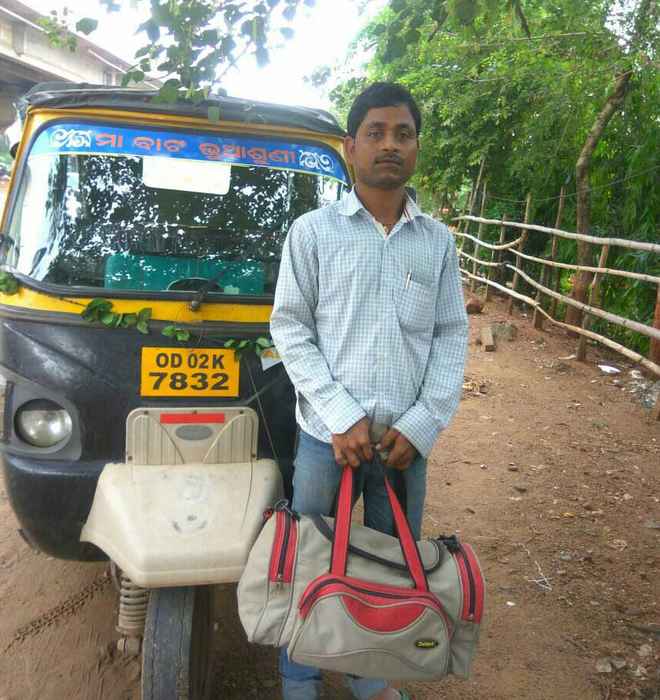 Bhubaneswar: An honest auto rickshaw driver set an example for his fellow beings by returning a bag containing Rs 15,000 cash, ATM card and other valuables to a passenger in Odisha.

Manas Kumar Behera, an auto rickshaw driver of Karabara panchayat in Nayagarh district, was commended for showing honesty towards passenger.

According to reports, passenger Purcha Chandra Sahoo, a mechanical engineer working at Damanjodi SPP, had come to Baramunda in an auto rickshaw (OD-02K-7832) from Kalinga Bihar at around 4 pm on July 11. He forgot to take his bag with him from the auto after landing in the destination.

Showing his honesty auto driver Manas called up Sahoo, who was waiting to board to Damanjodi in a bus at night and urged him to take back the bag from him. Sahoo sent his friend to Manas for collecting the bag that contained an ATM card, Adhaar card, house key, Rs 15,000 cash and other valuables. He handed over the bag to Sahoo’s friend yesterday.