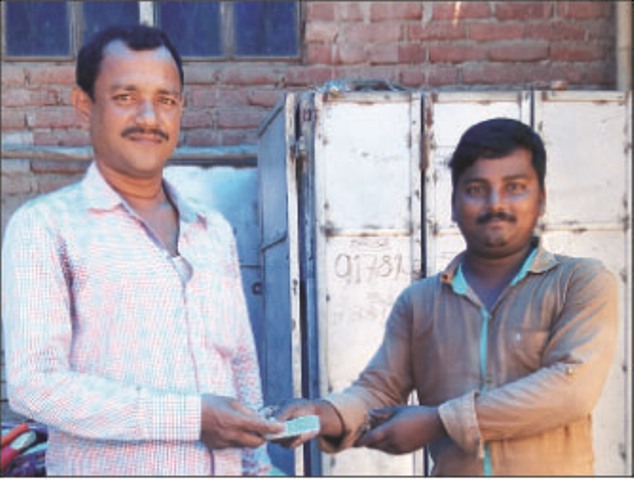 Jaleswar: In the world full of scepticism, monstrous activities and ill tendencies, honesty still prevails in human society as a laundry man returned lost money to his customer.

The incident was reported from Jaleswar area in Balasore district where K. Shibu, an owner of a shop offering laundry services, has become the talk of the town for his honesty.

He returned Rs 68,000 cash to his customer, who had mistakenly kept the large amount inside his trouser pocket and forgot to take out while giving the clothes for pressing.

According to reports, Shibu along with his brother K Rajia of Patharpura village runs a shop known as ‘Baba Purusottam’ offering laundry services near a local market place in Jaleswar. A customer identified as Bhagabat Das, a resident of Kalyansinghpur village under Jaleswar block, had given few of his pants and shirts for press at the shop on July 13.

While pressing the clothes, Shibu found Rs 68,000 from a pocket of one the pants. He carefully kept the money with him and waited for the customer.

On the other hand, Bhagabat was panicked when he did not find money at home and recalled the cash was inside one of his pants that he had given for pressing at the laundry shop.

Without making any delay, the next day i.e. on Saturday he rushed to the shop where he was shocked to know that his money is safe with the laundry man.

Shibu returned the cash to his customer setting an example for others to be honest to people.

Bhagabat returned to home expressing his gratitude to Shibu.

Notably, Bhagabat had earned the money from selling paddy yielded in his land.

100-bedded COVID hospital to come up in Odisha’s Jagatsinghpur

Taxpayers seeking revision of lower withholding tax will not…