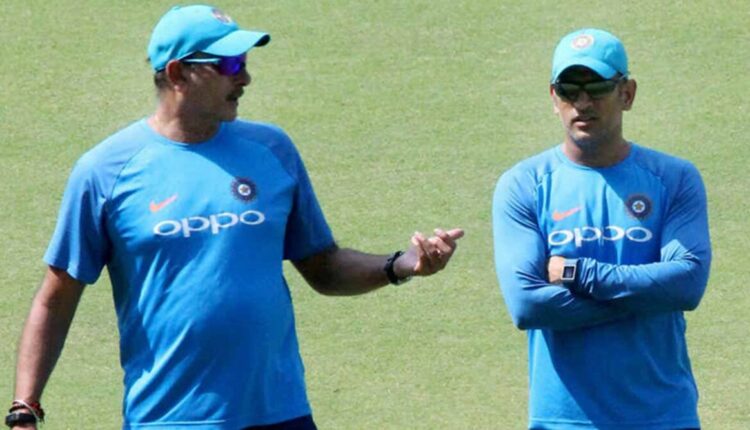 New Delhi: Former India captain Sunil Gavaskar has expressed his delight over the appointment of MS Dhoni as the Indian team’s mentor for the ICC T20 World Cup later this year. However, the legendary cricketer cautioned that there should not be clashes between Dhoni and head coach Ravi Shastri with regards to “tactics and team selection”.

India announced their squad for the upcoming ICC T20 World Cup. There were a few surprising picks but none bigger than the addition of former legendary captain, Dhoni as a mentor.

“Under his (Dhoni) leadership, India won the 2011 World Cup and four years before that, India won the 2007 T20 World Cup. It’s definitely going to benefit Team India,” Gavaskar told Aaj Tak. He further took an example of when he was appointed a consultant for India in 2004.

“At the time, (then-head coach) John Wright was a bit nervous, he probably thought I was going to take his place. But Ravi Shastri knows that MS Dhoni has very little interest in coaching. Ravi Shastri and MS Dhoni, if the partnership goes well, India will benefit a great deal from it,” said Gavaskar.

“But if there are disagreements over tactics and team selection, then there might be a bit of an effect on the team. But MS Dhoni’s appointment itself will be a big boost for Team India. He has so much experience, he knows everything. There was no bigger, destructive player than MS Dhoni when he was active in international cricket,” he said.

“MS Dhoni’s appointment is good news for India but I am just praying there is no clash. But if Ravi Shastri and MS Dhoni can get on the same wavelength, then it’s big news for India.”

Gavaskar also said he doubts if senior spinner Ravichandran Ashwin will be included in the playing XI. Ashwin, who has not played a T20 International since July 2017, was included in the squad ahead of the likes of Yuzvendra Chahal and Kuldeep Yadav.