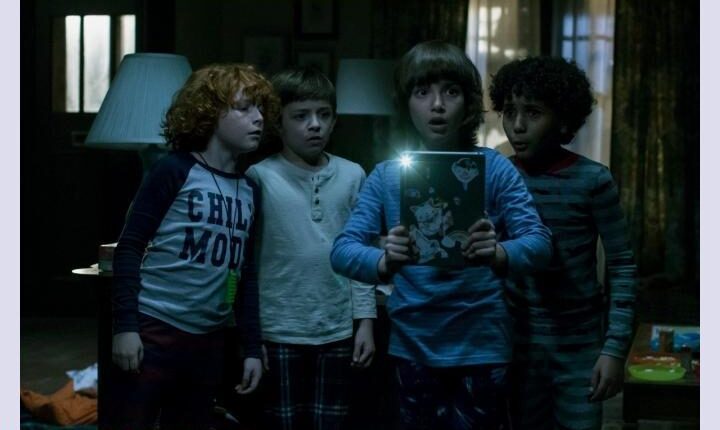 Steven Spielberg’s Amblin Partners and Reliance Entertainment’s “Come Play” revolves around a lonely boy named Oliver whose friendship with Larry, a mysterious creature on his phone, turns his dreams into nightmares.

Chase, who has adapted his short film “Larry” into a feature film, has tried to blend horror and technology in “Come Play”.

“Technology plays a huge part in this film because it’s around us everywhere,” said Chase.

The challenge was how to take what works in horror movies and update it.

“It’s not about someone hacking you or about weird coding. It’s essentially the new delivery device, with the tablet and phone as the new version of the haunted house,” he said.

Chase’s inspiration for the film came from his love of complicated antagonists.

“I had this idea for Larry, a monster who is lonely and all he really wants is a friend but goes about getting one in very scary ways,” he said.

The film explores the connection between technology and loneliness.

“That aspect of it is very closely tied to Larry because he’s a monster that comes from loneliness, and technology can be amazing but the way we use it can also lead to loneliness,” said Chase.

“It made sense to me that Larry was a manifestation of our modern technology,” he added.