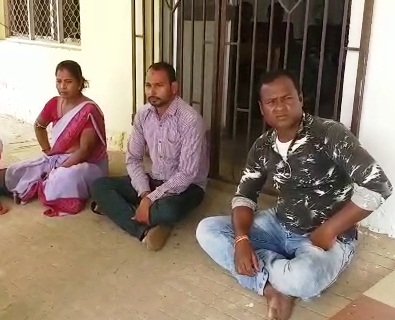 The incident took place when Pandit was present at the office after visiting the DHH for taking stock of the healthcare services. The contractual employees locked the entrance grill of the office and staged protest for an hour demanding regularisation of their jobs and payment of pending remuneration of eight months.

Later, police reached the spot following which the grill was unlocked and normalcy returned. On the other hand, the CDMO said the departmental authorities have already been apprised about the issues of contractual employees and a decision in this regard will be taken soon.