INDIAINDIA & BEYOND
By Sambad English Bureau On Jun 17, 2019 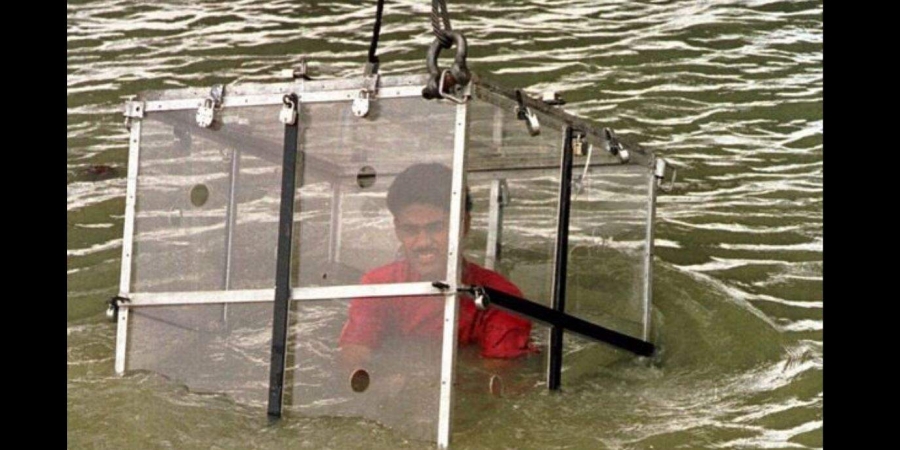 Kolkata: A Kolkata-based magician, who attempted an underwater escape trick like legendary magician Harry Houdini, is feared to have drowned in the Ganga as his body could not be found till Monday afternoon, police said.

Chanchal Lahiri, who goes by the stage name of ‘Jadukar Mandrake’, was on Sunday reportedly lowered into the river from Kolkata’s Millennium Park area with his hands and legs tied as part of the stunt but could not come out of the water.

“The disaster management teams conducted search operations on Sunday night and Monday morning but his body could not be found.

“It is possible that the body has been swept away. We are also conducting searches on the nearby riverbanks on both sides of Ganga but nothing has been found so far,” an officer from River Traffic Control Department told IANS.

Lahiri had gone to the mid point of the river just underneath the bridge; his hands and feet were tied up. From there he was picked up by a crane and thrown into the river near pillar number 28 of the bridge.

The magic was that Lahiri would come up from water, by untying himself on his own.

However, the spectators waiting there, started to panic after Lahiri did not come out of water even after more than 10 minutes.

The River Traffic Control personnel shortly launched a search and rescue operation but Lahiri have not been found since.