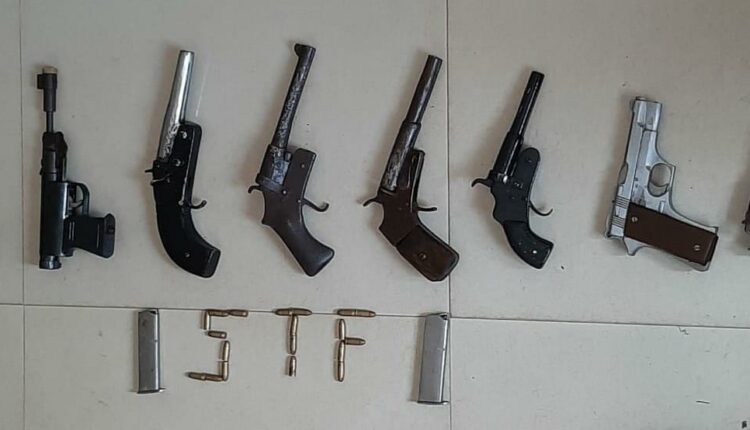 Cuttack: The Special Task Force (STF) of Odisha police today seized a huge cache of arms and ammunition and arrested two persons at Sikharghat bridge under Niali police limits of Cuttack district today on charges of illegal possession and sale of firearms.

Acting on a tip-off, a team of the STF conducted a raid and intercepted the suspects near Sikharghat bridge. On searching them, the officials seized two 7 mm pistols with a magazine, six country-made single bore pistols and 20 country-made live  ammunitions were recovered from their possession, said a press release issued by the STF.

A case under Sections 25 and 27 of Arms Act has been registered against the accused persons, who will be produced before the court today.

“Drive against illegal trade of firearms has been  intensified during last one year. The STF alone has seized as many as 22 fire arms, 54 live ammunitions  and arrested seven people.” the press release reads.

Will Odisha Matric, Plus II exams be postponed amidst COVID-19 surge?