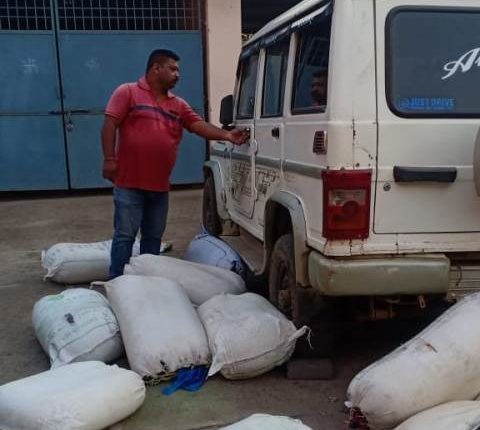 Rourkela: The Rourkela police today  seized a huge cache of liquor while being illegally transported at Uditnagar overbridge here today.

The cops also seized a SUV that was carrying the liquor; however, the accused managed escape from the spot.

Acting on information from Excise officials, police conducted a raid and intercepted the SUV on Uditnagar overbridge at around 7 am and seized around 1080  litres of liquor. The liquor was manufactured in Karichhapal  area, around 30 km from Bisra police station in the district, and being transported to Malgodown Basti in Basanti Colony here.

A few days ago, around 640 litres of illegal liquor was seized in the Steel City .