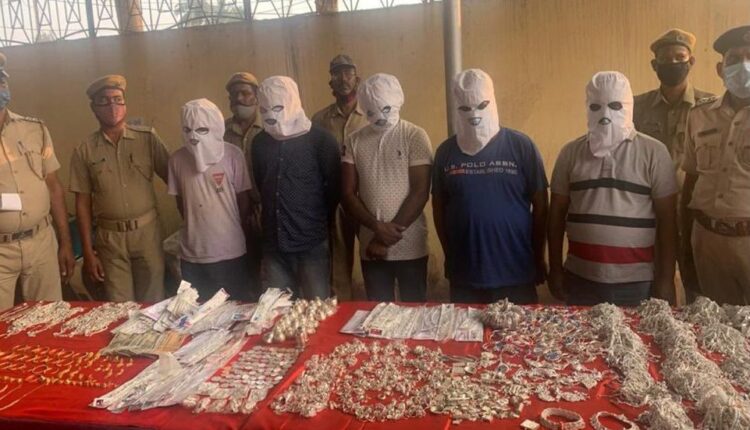 Cuttack: In a breakthrough for the Commissionerate Police, five persons were arrested for their alleged involvement in a jewellery shop robbery case in Odisha’s Cuttack city and a huge quantity of stolen silver articles and gold ornaments were seized today.

A written complaint was filed by one Dayanidhi Sahoo of Baikunthabihar village under Jagatpur police limits in Cuttack district on December 5, 2020 alleging that some miscreants broke open the back side wall of his jewellery shop, Basanti Durga jewellery shop at IB road late night on previous day.

The complaint further stated the miscreants looted 35 to 45 kg of silver articles, 300-400 grams of gold jewellery and Rs 50,000-60,000 cash from his shop. They also took away CCTV hard disk, some valuable documents and pen drive.

After committing the crime, the accused distributed some silver ornaments among themselves and sold the rest gold and silver articles to one Prafulla Kumar Sahoo, owner of Nisamani Jewelers located at Haripur Road in Cuttack, the DCP stated.

Also, searches were carried out houses of the accused and stolen silver ornaments were recovered, the DCP stated.