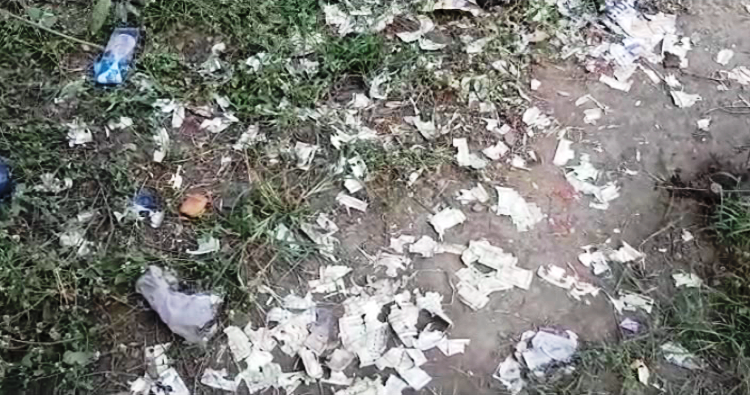 Sambalpur: In a bizarre turn of events, hundreds of currency notes of Rs 500 denomination were found dumped near a bridge at Tumbesingha here this morning.

On receiving information, Sambalpur Sadar police reached the spot, seized the notes and began a probe into the matter. Meanwhile, it is suspected that a person might have disposed the notes to evade income tax.