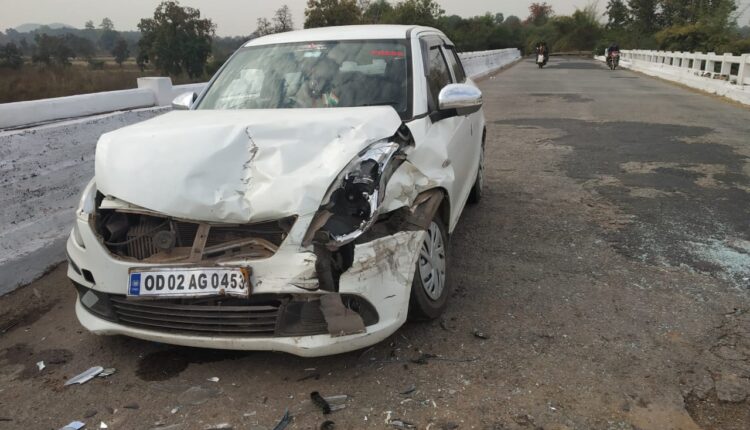 Deogaon: The police recovered a large quantity of cannabis from a car with PRESS written on the windshield after the vehicle met with an accident on the Sonagada bridge on NH 26 in Keonjhar district today morning.

A Swift Dzire car bearing registration number OD02 AG 0453 going in the direction of Balangir collided head-on with a Tata Ace vehicle coming from the opposite direction on the Sonagada river bridge. Following the accident, the two vehicles were damaged severely.

The occupants of the Tata Ace sustained injuries and remained in the vehicle wreathing in pain until locals rescued them. Later the injured were carried in an ambulance to the nearby hospital.

But the driver and a passenger of the Swift Dzire car fled the spot immediately after the road mishap leaving behind the vehicle.

When the local police reached the spot and started probe, a large quantity of cannabis packets were found in the Swift Dzire car. Interestingly, PRESS was written on the windshield of the car.

The police later weighed the seized cannabis packets in presence of a Magistrate and found them to be around 100 kg.

Vehicular movement on the Sonagada bridge was affected for a few hours due to the accident.