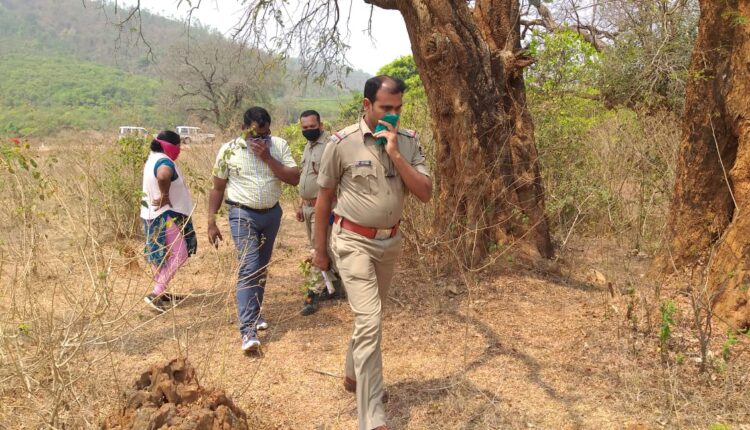 Jeypore: The Koraput district police was on toes after recovery of a human skeleton today in a cashew forest near Ektaguda area under Koraput Sadar police limits.

After receiving information, the police team reached the spot. A three-member scientific team has been helping the police to probe the matter.

Koraput SDPO Manoj Kumar Pujari stated at this juncture, it is very difficult to tell whether the skeleton belongs to a man or woman. All the police stations in vicinity have been asked to inform whether any missing complaints were lodged in recent past so that it will help in identifying the skeleton.

The scientific team will collect bone, hair and blood samples of the skeleton. More investigation will reveal any details about the human skeleton, the SDPO added.