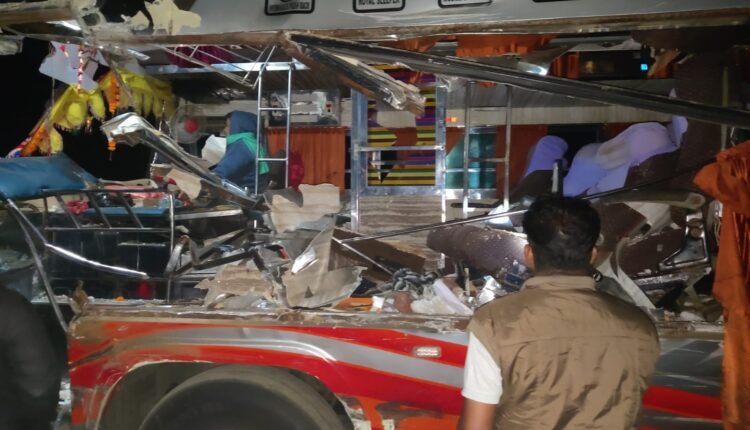 Nayagarh: One person was killed and at least five others seriously injured after a passenger bus collided head-on with a marble laden truck at Itamati in Nayagarh district of Odisha here today. The deceased was identified as Amar Chand.

Sources said the passenger bus was heading from Bhawanipatna to Bhubaneswar when it collided with a marble-laden truck near the NH close to Itamati petrol pump, resulting in the death of one passenger on the spot. Those who were critically injured were immediately rushed to Nayagarh district headquarters hospital and are currently undergoing treatment.

Police on getting information reached the spot and started investigation. The body has been seized for autopsy and a case registered.