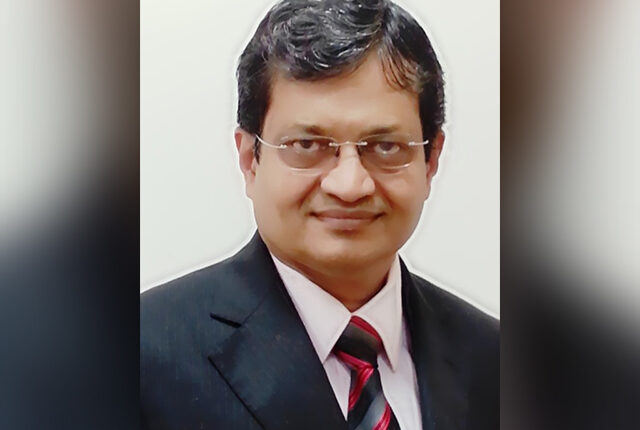 Chennai: It is now the turn of the ICAI president Nihar N. Jambusaria to start a language controversy pitting one of the regional languages against the others.

In his monthly message to the members, Jambusaria said: “Realising the power of our mother tongue Hindi, ICAI (The Institute of Chartered Accountants of India) is trying to incorporate more use of Hindi into its work culture.”

“Members are also encouraged to adopt Hindi language in their work and interactions with other stakeholders,” he told the about three lakh members of ICAI in his President’s message for October.

“At a time when the whole world is looking at India as a global leader, successor and torch bearer, our language must also be a global beacon. With the government’s focus on making India, ‘Aatmanirbhar Bharat’, it also focuses on us being ‘Aatmanirbhar’ with our mother tongue and its nationalistic approach,” Jambusaria said.

Coming out strongly against such ideas the President of Society of Auditors P.S. Prabhakar told IANS: “The ICAI President has needlessly stirred a hornet’s nest by ‘promoting’ Hindi language in his monthly message to chartered accountants and I really don’t know whom is he trying to please.”

Continuing further Prabhakar said: “His knowledge both about Aatmanirbhar (which has no preference to any single language) and about the Constitution of the India which has not given the Rajbhasha/National language status to any language is appallingly poor.”

Prabhakar said Jambusaria’s attempt is to ridicule the unity in diversity concept about which several national leaders have spoken.

“I wonder if he realises that the institution he leads is ICAI and not ICANI, with N standing for North,” Prabhakar added and hoped Jambusaria withdraws his comments.

With three lakh members-one of the largest accounting professional bodies in the world — ICAI should be at the forefront in designing the accounting standards, which is what Aatmanirbhar of the profession actually means, Prabhakar agreed.

In his message Jambusaria starts talking ‘global’ but bats for a ‘local’ language. Playing to the gallery? A Cheap stunt, Prabhakar remarked.

It may be recalled in 2019 Union Home Minister Amit Shah said: “It is very essential that the entire country has one language which becomes its identity in the world.”

His comments triggered strong protests from the DMK party following which Shah clarified he did not want imposition of Hindi on anyone.

DMK MP and spokesperson T.K.S. Elangovan then told IANS: “Unity in diversity is the identity of India which we support. If there needs to be an Indian language for India’s global identity, then Tamil is most suited.”

Continuing, he said: “Tamil is one of the oldest languages in the world. It is the official language in Sri Lanka, Singapore and India. It has the classical language status and is rich in literature. Tamil culture has spread to several South Asian countries. There are Tamils who have migrated to far off lands several centuries ago.”

Elangovan argued that Hindi cannot be India’s global identity. “For instance, it is the non-Hindi speaking Indian states that are advanced in several metrics like economy, technology and social factors while the Hindi-speaking states lag far behind on these aspects.”

Elangovan had said Hindi is one of the regional languages, “It is RSS ideology to impose Hindi across the nation.”

Recently DMK MP Kanimozhi and others roasted food delivery company Zomato after one of its customer care agents told a complainant that Hindi is the “national language” and everybody should know a bit of it.

“The customer care of some companies operate only in select languages. It should be made mandatory for companies to serve their customers in their local language. A customer doesn’t necessarily need to know Hindi or English. Hindi_Theriyathu_Poda,” Kanimozhi tweeted without naming the listed company Zomato.

Several others too roasted Zomato and said they have uninstalled the app while some also took potshots at DMK pointing out that many of its leaders run schools that teach Hindi.