IDBI seeks vacation of stay of insolvency proceedings against Jaypee 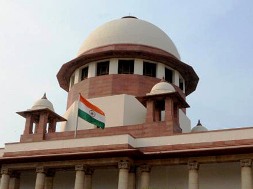 New Delhi: The Supreme Court will hear on September 11, state-run IDBI’s plea seeking restoration of insolvency proceedings against Jaypee Infratech that was put on hold a day ago by the top court on the plea of flat buyers who fall in the category of unsecured creditors.

A bench of Chief Justice Dipak Misra, Justice A.M. Khanwilkar and Justice D.Y. Chandrachud on Tuesday agreed to hear the matter as the bank told the court that its September 4 order had put the control of the company back with its promoters.

Seeking an urgent hearing, IDBI counsel Abhishek Manu Singhvi told the court that the stay of the National Company Law Tribunal (NCLT) order has benefited the defaulting company more than the flat buyers.

However, IDBI’s plea was opposed by the flat buyers who contended that the September 4 order has benefited Jaypee Infratech and its reversal would only benefit the bank. These are home buyers who are unsecured creditors.

The NCLT’s Allahabad bench had, by its August 9 order on the bank’s plea, appointed an insolvency resolution professional to start proceedings to recover the bank’s Rs 526 crore from Jaypee Infratech as it had defaulted on the repayment.

The NCLT appointed Anuj Jain of Gurugram-based BSRR & Co. Chartered Accountants for carry out insolvency proceedings and the August 9 order had also prohibited the institution of suits or continuation of pending suit or proceedings against the Jaypee Infratech.

The order had also barred the execution of any judgment, decree order by any court of law, tribunal, arbitration panel or other authority having any bearing on the assets of the Jaypee Infratech.

This effectively meant that aggrieved buyers of flats at the projects of Jaypee Infratech could not move the consumer fora for the redressal of their grievances.

It has been contended by the unsecured creditors that if the proceedings that have been ordered by the NCLT reaches its conclusion and results in liquidation of the assets, then compared to operational and financial creditors, they would get “peanuts”.

However, the stay of NCLT order came as a relief to the home buyers, falling under the category of unsecured creditors, in 27 housing projects’ of the Jaypee Infratech as now they can approach the consumer courts for the redressal of their grievances. (IANS)

Bank accounts of 2 lakh firms ‘struck off’ from RoC