Idol of Lord Vishnu made from black stone recovered in Bangladesh 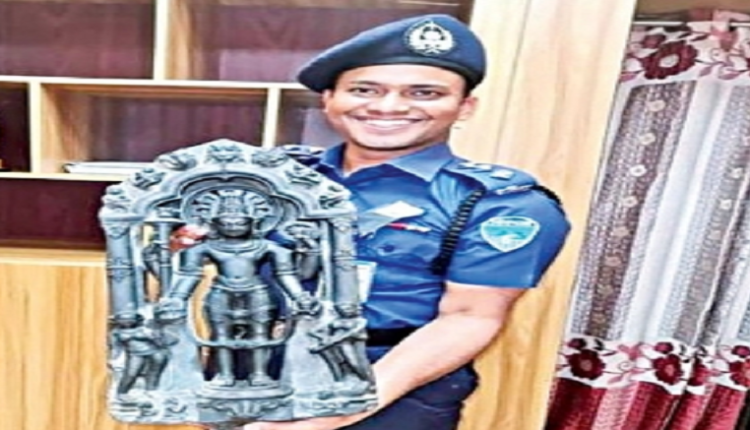 Dhaka: An idol of Lord Vishnu weighing about 12 kg has been recovered from the Daudkandi upazila of Cumilla in Bangladesh.

The height of the black stone idol is about 23 inches and its width is 9.5 inches.

Ataur Rahman, former regional director of Chattogram divisional archaeology department, said, “The statue is very valuable. It is possibly more than 1,000 years old. It should be immediately handed over to the Mainamati museum for proper preservation.”

Faruk Ahmed, a local Union Parishad (UP) member, said, “The statue was found around 45 days back, but a group of people had hidden it. That’s why I informed the law enforcers.”

Nazrul Islam, officer-in-charge of Daudkandi police station, told IANS, “We recovered the statue from the house of Abu Yusuf, a teacher in Boro Goali village in Daudkandi upazila of Cumilla at 9:30 pm on Monday. Yusuf found the statue one-and-a-half months ago, but he didn’t inform the police.”

Colleges, Universities to reopen from Aug 16 in Odisha