Idols of Lord Jagannath, Balabhadra and Subhadra to be installed in London 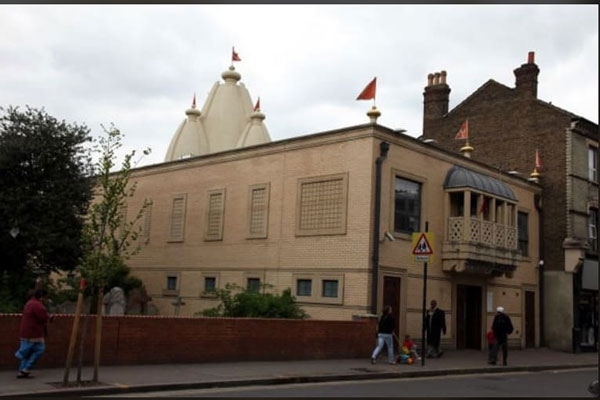 London: The idols of deities Lord Jagannath, Lord Balabhadra and Devi Subhadra will be installed in Sri Ram Mandir, Southall, in London, United Kingdom in a glorious event on November 5.

A large gathering of devotees will be present at the temple for the event. Raseshwari Devi has been invited as a special guest for this auspicious occasion. The Sri Jagannath Society of the London based Odia Samaj has organized this program.

Consecration of the deities, aarti, and offering oblations are some of the activities scheduled for the event. This apart, Raseshwari Devi will deliver speech on ‘Jagannath Sanskriti and World Brotherhood’. She will speak on the relevance of the Jagannath culture in the present day and age.

Lord Jagannath offers the way to brotherhood and fraternity, regardless of caste or creed. It is important to highlight this relevance, given the turmoil of the present times.

Raseshwari Devi is the founder of Braj Gopika Seva Mission that is located at Tangi, in Odisha’s Khordha district. From its inception in 1999, the Mission has been active in propagating the values of Sanatan Vedic Dharma. In addition, it has been working for the overall development of people, cutting across all sections of society.

Several members of the Society have resolved to construct a temple at this site. In August, they had met Rishi Sunak, the current Prime Minister of the UK, and presented to him Pattachitra of the Lord Jagannath, Balabhadra and Devi Subhadra.With Sunak being made the Prime Minister, the members of the Society are even more hopeful that their dream of constructing a temple will be realised soon.

11 killed after SUV collides with bus in MP’s Betul

Delhi primary schools to be closed from Saturday due to pollution: Arvind Kejriwal